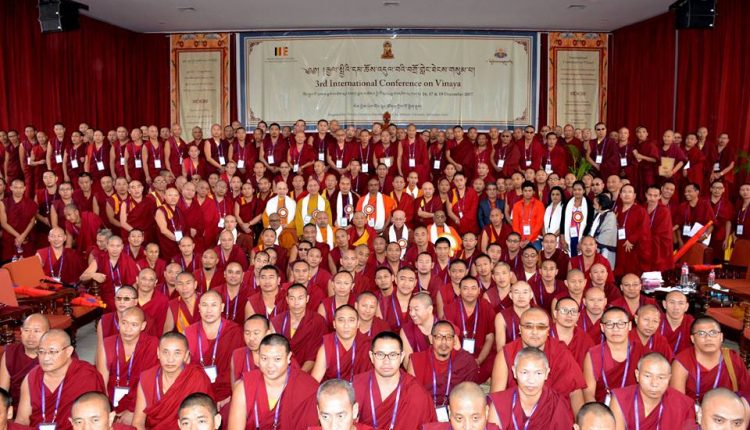 International conference on Vinaya was held in Sera Jey Monastic University, in Bylakuppe, India recently. From 17th to 21st December 2017.

The conference was well represented by the senior Buddhist monks of many nations  in the world namely, Sri Lanka,  Viyatnam, Cambodia, Myanmar, Taiwan, UK, Bangladesh, India and Tibet. They represented many Buddhist traditions such as Theravada, Vajrayana, Mahayana and Sarvasthivadha. The senior Buddhist monks discussed many aspects of Bhikku Vinaya including Parajika and Aniyatha.