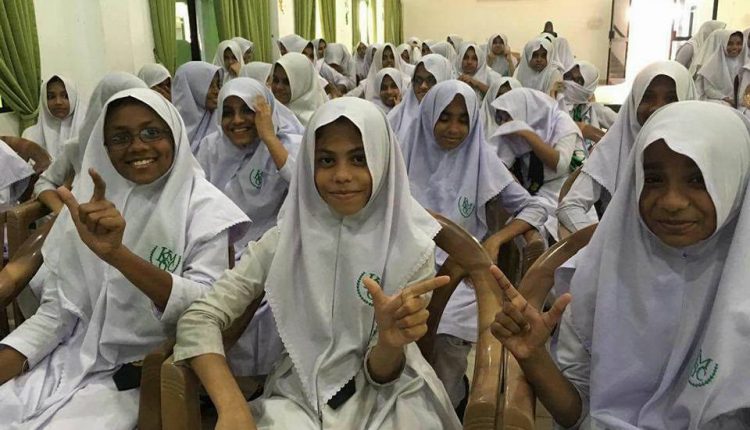 A peace club was formed in Khairiya Muslim Girls School, Colombo. This is the second of the peace school club network .The programme was co-organized by International Peace Youth Group, South Korea SHE Foundation and the Foundation for Buddhist Brotherhood, Sri Lanka.

Dr. Damenda Porage, President of Sri Lankan Tibetan Buddhist Brotherhood Society addressed the teachers and the students. In his speech he emphasized the value of peace and he explained how to live peacefully with the community. He further said misunderstanding creates suspicion and the suspicion may lead to disharmony. We all are human beings and we all have similar needs. Everyone wants happiness and no one wants suffering.

Sri Lankan Tibetan Buddhist Brotherhood Society donated books written on His Holiness the Dalai Lamas biography and teachings to the peace club of the school.

Live in Peace Not in Pieces