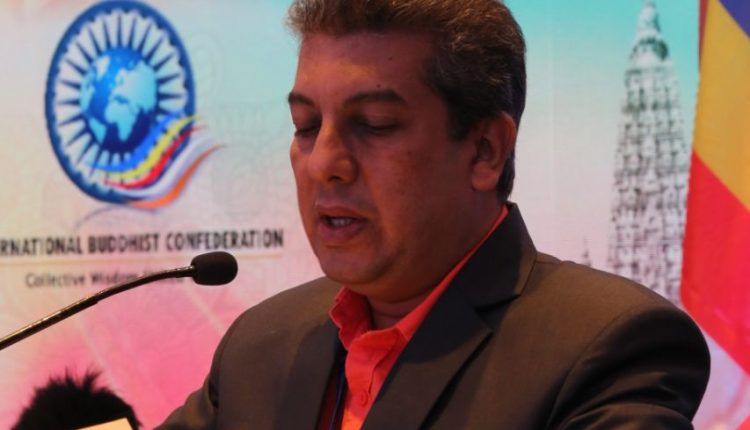 International Buddhist Confederation (IBC) is a Buddhist umbrella body that serves as a common platform for Buddhists worldwide.

Executive committee, Governing council and General Assembly was held in New Delhi on 10th and 11th of December 2017.

Ven. Prof. Bellanwila Vimalarathana Thero, the chancellor of Sri Jayawardenepura university, as a president, Dr. Damenda Porage the president of Sri Lankan Tibetan Buddhist Brotherhood Society, as the Deputy Secretary General Ven. Dr. Omalpe Sobitha Thero as a secretary and Ven. Nuwaraeliye Chandrajothi Thero as an Assistant Secretary were appointed to the governing council for next three years.

The mission of International Buddhist Confederation is,

To gather the collective wisdom of Buddhists around the world to speak with a united Buddhist voice; to make Buddhist values part of global engagement while working to preserve and promote Buddhist heritage traditions and practices.